Are you interested in a weather radio but unsure about which one to choose?  Relax, our product experts here at WeatherRadios.com have put together this simple guide to help you understand weather radios and their common features.

What is a weather radio?

Weather radios are special radios that receive emergency alerts for dangerous weather events, natural disasters and other hazards like terrorist threats. These alerts are broadcast by the U.S. and Canadian governments over special high frequency radio networks. In the United States, the network is operated by the National Oceanic and Atmospheric Administration (NOAA). For this reason, the term “NOAA weather radio” is often used in the U.S. interchangeably with the term “weather radio”. A “weather alert radio” is a weather radio with a special feature that allows it to remain silent until an alert is detected. Radios without this feature are either On (and constantly play weather forecasts and updates) or Off.

Weather radios typically come in one of a couple of styles:

Read below to see what exact type of radio is best for you.

Are you looking for a radio for a home, office or school?

If so, you’ll probably want a weather alert radio that will sit on a desk or counter-top and silently monitor the U.S. and Canadian government “all hazards” networks for an emergency alert broadcast. When an alert is detected, the radio will sound an audible warning tone followed by detailed information on the threat.  This type of radio is designed to remain stationary and function on AC power. Most radios in this category are SAME weather radios, which can be programmed to only activate if a threat specific to your local geographical area is issued.

Are you looking for a portable weather or emergency radio?

Portable weather radios are perfect for staying informed on the go. If you’re looking for a radio to take hiking outdoors or even to a safe shelter area when a threat occurs, this is the type of radio you probably want. Portable radios are powered by replaceable or rechargeable batteries, and many are hand crank radios which can be powered by built-in generators.

Do you want to be able to choose which types of events trigger an alert?

You’ll want a feature-rich weather alert radio that allows the user to silence some types of events (for example severe thunderstorms) while still providing alerts for other types of more dangerous events (for example tornadoes and hurricanes). Two desktop radios with this ability are the Sangean CL-100 and the Midland WR-300.

What are the most common weather radio features?

SAME – Specific Area Message Encoding is a new technology that allows users to program their radio to only receive warnings specific to their county rather than for the entire area that a weather radio station serves. To function in SAME mode, a weather radio with this feature must be set to a specific county. The NOAA county codes for the US are available here.

Power Options – Hand-crank generators, solar panels and replaceable batteries (like AA or AAA) are all good options to keep a radio powered when standard AC electricity is unavailable during a disaster.  AC Power adapters are crucial for using weather alert radios over extended periods of time.

Portability – Desktop radios are typically designed for use in situations where the user wants the radio to remain on but silent until an emergency alert is detected and played.  This is the type of radio most schools, homes, and businesses purchase to get advanced warnings of weather and non-weather threats.  These radios always have AC adapters available so that they can be plugged into a standard wall outlet.  Portable radios are designed to be small and lightweight so that they can be taken to a place of shelter to monitor weather conditions until it is safe to return to normal activities.

Mobile device charger – This handy feature allows a user to charge a cell phone directly from the radio.

Lights – Flashlights and flashing beacon lights are useful for seeing and signaling during emergencies when power is lost. 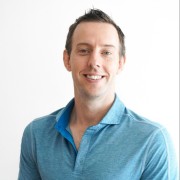